An Exotic World on your Doorstep. To travel to Morocco is to subject yourself to a thousand and one impressions.

A land of the senses, whose sounds, colours and fragrances cannot but leave a deep impression, Morocco is immersed in a subtle poetry that takes hold of you slowly, but irreversibly. Vibrant, seductive and exciting, it is a place where shadows merge with sunlight and contrasts accentuate the rich diversity of life. In this kingdom of light, colour reigns supreme; the white is whiter, the blue bluer, the red richer and the ochre deeper. 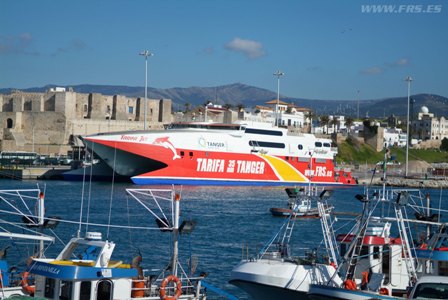 Morocco's unique character is formed by its position at the point where two worlds meet: Africa and Europe; East and West; Islam and Christianity; the Atlantic and the Mediterranean. From its northern shores, Gibraltar and Tarifa look so close, you think you could touch them.

But Morocco is more than the sum total of its geographical location. The people form a vital part of its enchantment. In ancient cities and half-forgotten hovels, the traditions of a rich culture live on in the dress, food, customs, festivities and indeed the way in which guests are received. Famous for their hospitality and friendliness, Moroccans still welcome strangers according to age-old codes of ceremony.

Visitors will most likely first set foot on Moroccan soil at Tangier. Their first impressions of Morocco will be punctuated by the scent of sulphur that hangs in the air and the sultry atmosphere that accompanies it.

It is this very mood that has proved irresistible to writers and artists alike. Henri Matisse, Tennessee Williams, Samuel Beckett, Orson Welles and the heiress Barbara Hutton added a bohemian touch to this remarkable city. From 1932 until its incorporation into Morocco in 1956, Tangier was an international tax free zone, under the control of a committee of 30 nations. From the mountains that surround Tangier, a magnificent spectacle unfolds as the evening sun sinks into the Atlantic Ocean and a bright moon slowly rises up out of the dark waters of the Mediterranean. Such is the view of Cape Spartel, where the Mediterranean and the Atlantic meet.

With green-clad mountains rising sharply out of an aquamarine sea, the northern shores of Morocco form a rugged but beautiful landscape of bays and coves. Stretching to the Rif Mountains in the west, this part of Morocco shatters the first-time visitor's preconception of an arid and desolate country. Like a Garden of Eden, this fertile land is painted yellow and orange in spring with the blossom of wild flowers. Whereas the coast gets dry in summer, the capital of the Rif Mountain region, Tétouan, lies in the cool valley of the Wadi Martil. Formerly the capital of Spanish Morocco, this pretty town has a tangible connection with Andalucía: balconies and windows framed by iron grilles, shaded squares and patios with Moorish-Andalusian fountains, white plasterwork and … flamenco. 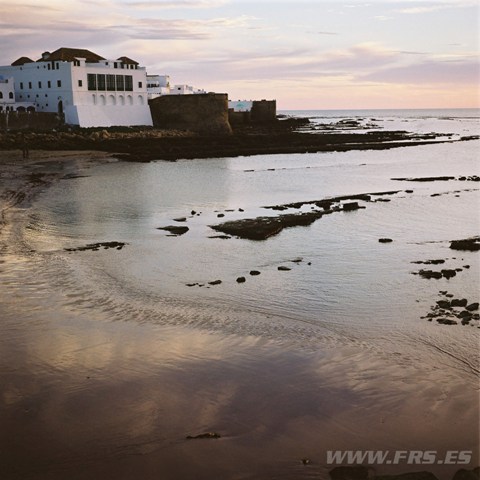 Like a fata morgana (mirage) looming up out of the rock, the famed red city of Marrakech forms an oasis between the permanent snowfields of the djebel Toubhal (4165m), the Sahara desert and the Atlas mountain range. The souks (markets) of Marrakech are awash with movement, colour and aroma in a beehive of activity in which everything from wool, silk, leather and copperware to jewellery, spices, foodstuffs and pottery are on sale.

Everything is displayed proudly but without a price tag. It wouldn't be possible because no price is fixed-this is strictly a haggle economy. The heart of this historic town is formed by the expansive Djemaa-El-Ena Square, which pulsates with noise day and night. During the day it resounds with the calls and haggling of market traders, at night it is transformed into a cultural centre-Moroccan-style-as acrobats, storytellers, snake charmers, dancers, musicians and gamblers jostle for a place in the crowded square.

At Ouarzazate, scarcely 200km from Marrakech but in a different world, you stand on the threshold of the mighty Sahara. The nearby kasbah Taourirt is one of the most impressive of its kind in Morocco. Its tightly packed houses and stately towers, made of a mixture of chalk and sand, melt almost imperceptibly into the surrounding red and ochre-coloured landscape. Wherever you go in Morocco, be it in the city or the countryside, you cannot avoid being moved by a flood of observations, experiences and images that are unique to this part of the world. The country's rich culture is built on Islamic foundations but touched by a great many traditions, both European and African. In short, to travel through Morocco is to go on a journey of the senses.

From Tarifa you can embark upon a great many different excursions to discover exotic Morocco for yourself.