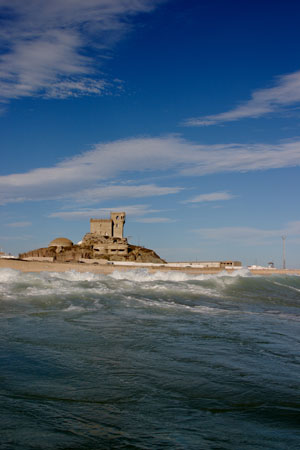 Tarifa's reputation for fun in the sun could easily create the impression that there is nothing more to it than its windy shores and sandy beaches, yet the town offers a surprising amount of history and culture too. Built on a rocky spur that marks the southern tip of the European continent and guards the Straits of Gibraltar, Tarifa has always been of vital strategic importance. Who held it controlled the shipping routes between Europe and North Africa, as well as entry into the Atlantic from the Mediterranean. Not surprisingly, therefore, the town has been fought over for countless centuries.

According to historical documents, Tarifa dates back to at least the first century BC, when it was known as Tingentera, but archaeological evidence suggests that a fortified Bronze Age settlement existed here almost 1,000 years earlier. In AD 710 an Arab officer named Tarif-Ibn-Malik led an expeditionary force into the southern tip of Spain. The town he captured was renamed 'Tarifa' in his honour, becoming the first Moorish possession on the Iberian Peninsula and one of the points from which they launched their campaign of conquest. It was during this period that the Tarifa of today began to take shape. 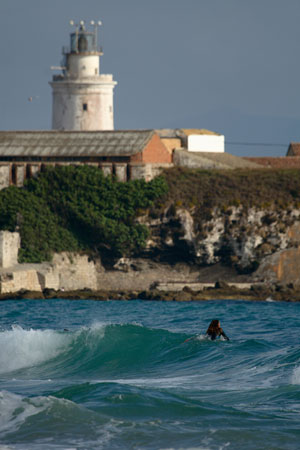 The walls and gates of Tarifa underlie its historically important strategic role. The many different powers who held the town each restored and added to its defensive works. The greatest legacy, however, was left by the Moors, whose Caliph Abderraman III ordered the construction of an impregnable castle in AD 960. Built upon the edge of a cliff, it was indeed well nigh impenetrable.

Still largely surrounded by walls, the historic quarter of Tarifa can be entered on several sides through medieval gates. Strolling through a labyrinth of narrow, cobbled streets-designed in such a way that there is shade at all times of the day-one is caught up in the everyday bustle of cafés, shops and the market, set within an intimate maze of little squares, ancient courtyards and typical flat-roofed, white-washed houses.