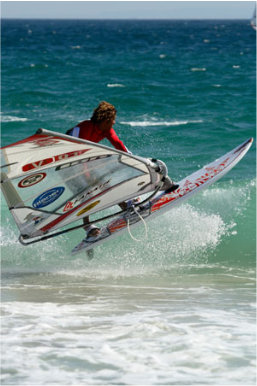 Internationally renowned as a windsurfer's paradise, the ancient fishing village of Tarifa has been attracting thousands of water sports enthusiasts and sun-worshippers to its golden beaches and clear blue waters for over two decades now.

Together with the many hippies who congregate here, they fill the town with a relaxed and cosmopolitan ambience that is unique in Andalucía.
The situation of Tarifa at the gateway between the Atlantic and the Mediterranean, where the southern tip of Europe almost touches the northern tip of Africa, is equally unique.

Tarifa's reputation as a windsurfing capital and an authentically laid-back paradise is well-established among those in the know.
The dusty little town retains its unique surfers' atmosphere in a way that is both 'cool' and unpretentious; its friendly ambience andlaissez-faire attitude are just as famous as its wonderful waters and its reliable winds, yet somehow Tarifa has managed to escape the attentions of the masses who frequent the resorts on the nearby Costa del Sol.

Neither a tacky, tower block-lined holiday town nor a swish, palm tree-lined resort for the well-heeled, this is an unassuming little place that avoids souvenir shops and golf courses, and just wants to enjoy a beautiful way of life.
Built on a rocky spur that marks the southern tip of the European continent and guards the Straits of Gibraltar, Tarifa is actually not visible from the coastal highway that leads from Algeciras to Cádiz. 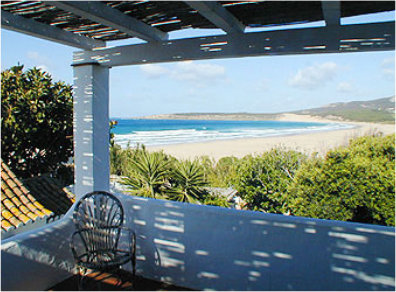 If you're not paying attention you might miss the turn off altogether-maybe a conscious effort by those who have 'discovered' thiseasygoing paradise to keep it for themselves.

But even if you do catch the turn off down to this much-loved fun spot, you might at first wonder what all the fuss is about; Tarifa appears at first glance rather dusty place not unlike many other out-of-the-way towns in Andalucía. What, then, is it that draws visitors from across Europe to this little town?
With this on their minds and a somewhat bewildered expression on their faces, newcomers are easily recognisable here, as they set out on their mission to come to terms with the place.
But see them again several hours later and the bewilderment will have made way for a relaxed smile. They will have wandered through the maze of streets and alleys in the old town, peered down into the harbour
from the battlements of Tarifa's famous castle, watched the windsurfers ride the waves and the beautiful bodies tanning on the fine, white beaches.

But most of all, they will remember Tarifa for its seductively infectious atmosphere of peace, ease and laid-backness. There are many places with fine historical quarters and imposing monuments, beautiful scenery and gorgeous beaches, but there is no other place that has the languid, sun-kissed atmosphereof Tarifa. Once you've experienced it, you'll keep coming back, torn between telling everybody about it and keeping it all to yourself. 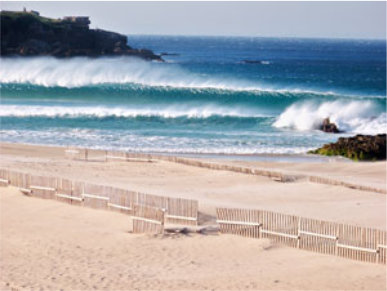 Don't worry about it, though, Tarifa has already been on the map for some time now. Its popularity may have resulted in larger numbers of visitors, but for the time being at least, this relaxed oasis seems to be maintaining its unique hang-ten blend of windsurfers, hippies and villagers. The alleyways of the old town are full of cafés, cheap hostels and hippy craft shops, while the roads that lead to the golden beaches and Caribbean-like sea are lined with surf shops and vegetarian snack bars. Typical of Tarifa's 'anything goes' ambience is the freedom to enjoy the town in your own way, be it sunbathing, lounging at a roadside café or hunting for antiques. In summer, the hostels, cafés and bistros fill up with lively, but 'chilled' visitors, while the warm golden sands, clear blue skies and transparent seadraw crowds of sun-worshippers and romantics alike. Lying on the beach you cannot help but feel good, as you take in the sparkling Atlantic, an African coast that seems close enough to touch, and a diverse spectacle of water sports.

Although this part of the Andalusian coast receives over 3,000 hours of sunlight per year, the Atlantic Ocean moderates temperatures, creating a mild, dry climate that is invigorating-especially if you are used to the more humid conditions of the Mediterranean.

Propelled by the powerful winds that once drove locals crazy, water sports-and windsurfing in particular-have transformed Tarifa from a sleepy little fishing port into the European equivalent of Hawaii, Australia and South Africa.

Thanks to both the strength and the reliability of these winds, you'll see dedicated surfers out at sea all year round, but when waves reach heights of more than two metres-a rare treat in Europe-Hawaiian scenes unfold as surfers scramble to ride them. The gentler conditions of spring and autumn are better suited to beginners, who will also be grateful for the greater availability of space in which to practise their skills and the chance to experience the build up to summer, when a host of international competitions hits Europe's windsurfing capital. 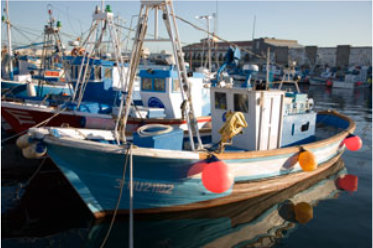 Together, the seemingly odd mix of windsurfers, hippies, bikers and more conventional holidaymakers creates a surprisingly complementary bohemian culture and a lifestyle that is the envy of city slickers.
Word has got around and the sound of Spanish, English, German, French, Dutch and Italian gives Tarifa an international feel. There is no clustering by nationality here though, as campsites fill with like-minded spirits, creating impromptu communes.
Regarded by some as the 'birthplace of not normal clothing', anything goes in Tarifa. In summer, all night beach parties and rock concerts, rather than the techno-raves of Ibiza, fill the night air and revellers flock to quaintly relaxed restaurants, cafés and bars.
Though the best view of Tarifa's port and surroundings can be had from the battlements of the castle of Guzmán the Good, visitors are encouraged to stroll along the promenade that runs and transparent seadraw crowds of sun-worshippers and romantics alike. Lying on the beach you cannot help but feel good, as you take in the sparkling Atlantic, an African coast that seems close enough to touch, and a diverse spectacle of water sports.